Justinian I, Byzantine Emperor from 527 to 565. Basilica of San Vitale, Ravenna (Italy)

From managing a single currency, to ending a recession and negotiating political and fiscal unions among a multi-lingual, multi-ethnic commonwealth, Byzantium’s leaders handled the lot. The EU’s politicians could learn much from their ancient forebears, argues a UK historian.
Peter Frankopan

Sometimes it is easy to forget why we study history. Of course, we use the past to understand the present; but also, ideally, we learn from it too. What a shame, then, that there is no space in the new national curriculum for the history of Byzantium. The eastern half of the Roman empire that flourished long after Rome itself spiralled into decline in late antiquity.

Unfortunately, because generations have never learned about the mighty eastern Mediterranean that once ruled from Venice to Palestine, from north Africa to the Caucasus, the lesson that could be learned in the modern world is lost in the mists of time – a lesson that Europe could do with now more than ever.

Like the EU, the Byzantine empire was a multilingual, multi-ethnic commonwealth that spread across different climates and varied local economies, ranging from bustling cities to market towns, from thriving ports to small rural settlements. Not only that, but it also had a single currency – one, furthermore, that did not fluctuate in value for centuries.

Contrary to popular opinion expressed on an almost daily basis in the House of Commons, where MPs queue up to describe over-regulation or over-complex legislation as "Byzantine", the Byzantine empire was in fact a model of sophistication – particularly when it came to the sorts of areas where the EU has been found wanting. Unlike the European Union, Byzantium was not riddled with inefficiency and disparity when it came to tax: profits could not be parked in a more attractive region, thereby undermining the empire's structure. Government in Byzantium was lean, simple and efficient.
Freedom from taxes

There was no question that different parts of the empire could have different rules or different taxation policies: for the state to function with a single currency, there had to be fiscal, economic and political union; taxes had to be paid out from the periphery to the centre; and it was understood that resources had to be diverted from rich regions to those that were less well blessed – even if not everyone was happy about it. Freedom, grumbled one author in the 11th Century, meant freedom from taxes.

If Eurocrats could learn from the structure of the empire, then so too could they benefit from looking at how it dealt with a chronic recession, brought on by the same deadly combination that has crippled western economies today. In the 1070s, government revenues collapsed, while expenditure continued to rise on essential services (such as the military); these were made worse by a chronic liquidity crisis. So bad did the situation become that the doors of the treasury were flung open: there was no point locking them, wrote one contemporary, because there was nothing there to steal.

Those responsible for the crisis were shown no mercy. The Herman Van Rompuy of the time, a eunuch named Nikephoritzes, was lambasted by an angry population faced with price rises and a fall in the standard of living, and was eventually tortured to death. Widespread dissatisfaction led to others being unceremoniously removed from position, often forced to become monks, presumably so they could pray for forgiveness for their sins.

The crisis even gave rise to a Nigel Farage figure, whose arguments about why things had gone wrong sounded "so persuasive", according to one contemporary, that people "united in giving him precedence" and welcomed him everywhere with applause. He was a breath of fresh air at a time when the old guard were paralysed by inaction and by a dire shortage of good ideas. His message, that the current crop of leaders was useless, was hard to argue with.
Byzantine quantitative easing

The limp policies that were being tried were a disaster, having no effect whatsoever on fixing the problems. This included debasing the currency by pumping out more and more coins while reducing its precious metal content; a form of quantitative easing, in other words. It was like putting a plaster on a gunshot wound.

As the situation got worse, it was time for a clean sweep of the old guard. New blood was brought in, and with them came radical new ideas. A German bailout was one suggestion, although it failed to materialise, despite looking promising for a while. But as food ran short and talk turned to apocalypse, there was no choice but to take decisive action.

The solution was threefold. First, the currency was taken out of circulation and replaced by new denominations that were a fair reflection of real value; second, the tax system was overhauled, with a compilation of who owned what assets across the empire serving as a primer to raise revenue in the future; finally, commercial barriers were lowered to encourage those with outside capital to invest more cheaply and easily than in the past – not in asset acquisition, but specifically for trade. Such was the empire's plight that these barriers were dropped to the point that outside investors could even undercut the locals, at least in the short term, in order to stimulate the economy. The process worked: it was not as painful as had been feared, and resuscitated a patient that had been suffering from economic cardiac arrest.

The Nigel Farage of the 11th century never made it, by the way, though he did pave the way for a really good candidate to rise to the top. Alexios Komnenos was the name of the man who rebuilt Byzantium, though he had to pay the price for his reforms: despised in his lifetime for making difficult decisions, he was ignored by history for centuries afterwards. Perhaps we should be looking for someone with broad enough shoulders today. 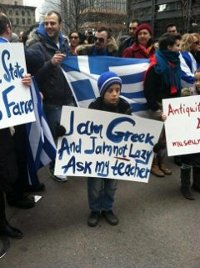 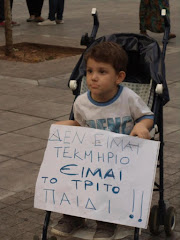 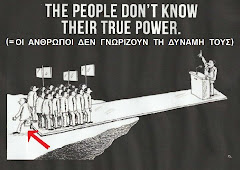